How To Change Your Drinking: A Harm Reduction Guide to Alcohol
Stefan Walters, a psychologist based in London offers all sorts of therapy including brainspotting.
psychology, london psychology, brainspotting, Stefan Walters
148
post-template-default,single,single-post,postid-148,single-format-standard,bridge-core-3.0.1,qode-page-transition-enabled,ajax_fade,page_not_loaded,,qode-title-hidden,transparent_content,qode-theme-ver-28.7,qode-theme-bridge,disabled_footer_bottom,qode_header_in_grid,wpb-js-composer js-comp-ver-6.8.0,vc_responsive 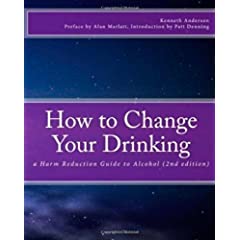 16 Dec How To Change Your Drinking: A Harm Reduction Guide to Alcohol

My review of “How To Change Your Drinking: A Harm Reduction Guide to Alcohol” by Kenneth Anderson: 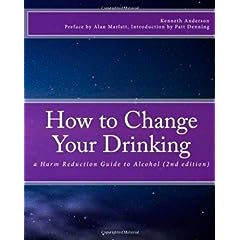 Substance misuse is one of the most common and widely discussed topics within the mental health community, as both clients and professionals debate the most effective ways to deal with addictions and their causes.

In the past, treatment might typically have involved a focus on abstinence as the ultimate goal, through zero-tolerance groups such as Alcoholics Anonymous, or a 12-step program, where clients would be rewarded only for complete sobriety and nothing less.

This has slowly changed over the past decade, though, through the realization that complete abstinence simply wasn’t a realistic or achievable goal for some, and that such a harsh insistence on withdrawal simply wasn’t working. In fact, it is estimated that 60 to 95 percent of clients who enter 12-step programs either drop out or otherwise fail to maintain abstinence from alcohol, and the NIAAA’s statistics suggest that only 7 percent of people who suffer from an alcohol use disorder will typically seek treatment within any given year.

As a result the treatment focus has shifted from simple cold turkey toward an overall emphasis on healthier and safer habits, and lowering risks. This has seen an emerging popularity for modalities such as motivational interviewing, where both the pros and cons of sustaining the negative behaviors are acknowledged. The client is then free to decide how, and at what pace, to proceed.

The HAMS group takes a similar “baby steps” approach. HAMS — the acronym stands for Harm reduction, Alcohol abstinence, and Moderation Support — describes itself as “a free of charge, lay-led support and informational group for people who want to change their drinking for the better.” Founder and CEO Kenneth Anderson is himself a former problem drinker.

In this book, How To Change Your Drinking: A Harm Reduction Guide To Alcohol, Anderson presents a comprehensive summary of the harm reduction approach to drug and alcohol problems, suggesting it could “either be used as a self-help manual for people working on their own or by people who are participating in a harm reduction support group.”

The book begins by introducing the underlying theories of harm reduction, and is written in a nonjudgmental tone that will be reassuring to most readers:

There is not some specific magical quantity which we can say is too much alcohol – free individuals have the right to make up their own minds about how much they believe is too much for them personally. Occasional intoxication is not a symptom of a disease; it is a choice.”

It is this focus on individual choice and empowerment which personifies this book and differentiates it from much of the rest of the substance misuse canon. Instead of focusing on problematic labels or clinical diagnosis as a means of demanding perfect abstinence, the author leads the reader on a step-by-step journey toward deciding what their own goals should be, and offers advice and support on the healthiest ways to achieve and maintain them. There is even a short section titled “Ken’s Story,” where Anderson talks about his own previous drinking problems and near-death experiences in AA. Those led to his resolution to “find a better way” and start the HAMS network.

The opening chapters might seem familiar to many mental health professionals, as Anderson suggests that each reader completes a Cost Benefit Analysis exercise, similar to those used in motivational interviewing techniques:

“Miller and Rollnick (2002) say, ‘Often individuals considering changing a problem behavior will concentrate on all the negative aspects of the behavior. ‘I know how bad my drinking is for me,’ they say. In fact, they can often produce a litany of reasons why what they are doing is bad for them. Clinician and client are often baffled by the fact that even with all these negatives, change does not occur. The reality is that if the behavior were not in some way beneficial to the client, he or she would not be doing it. Until the client acknowledges the ‘good things’ about the behavior, they cannot prepare to combat temptation once they make an attempt to change. The decisional balance helps facilitate this process.”

It is clear that Anderson has done his research in this field, and even though much of the book features personal stories and experiences, these are all presented within a scientifically supported framework, using clinically proven techniques and offering further resources where appropriate. Later in the book, Anderson explains Prochaska’s “stages of change” model, leading the reader through each stage and explaining the range of thoughts and behaviors that might accompany this process. He offers readers a large quantity of materials to help them along this journey, too, ranging from goal-setting and risk-ranking worksheets, to consumption charts and graphs, to the chemical breakdown of different alcoholic beverages and how they are processed within the body.

The book also addresses the addict’s friends and family. Anderson features chapters on specific topics such as spousal goals, alcoholism’s effects on children, and a study of drinking patterns as affected by ethnic identity and religious affiliation.

There is a wealth of knowledge in this book, but the clear, concise and easy-to-read style ensures that it never becomes overwhelming or difficult to follow. Anderson describes things in layman’s terms and it is doubtless this open, reassuring style which attracts so many of the HAMSters to the harm reduction approach.

As a comprehensive manual to changing drinking behaviors, readers will be hard-pressed to find a better book than this. If you’re looking for support, advice, scientific facts, or recovery tools, you’ll find them all here, clearly laid out for both mental health professionals and clients alike.

It is worth noting that alcohol misuse has been a major issue in the British media since I wrote this review; with suggestions of major changes in government policy and the introduction of ‘drunk tanks’ and ‘booze buses’. I have a lot more to say on this topic, and it is one that is close to my heart as I do a lot of work for a substance misuse agency within the NHS in North London; but that’ll have to wait for another time.