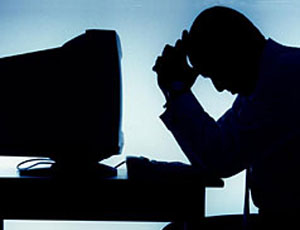 I just wanted to post a quick link to a a couple of excellent articles.

The first was published by Vice last week, titled “A Stiff Upper Lip Is Killing British Men“. You can read it here and I think the facts speak for themselves:

“Even accounting for reproductive health, in any given year men are half as likely as women to visit their doctor in England, which doesn’t make a lot of sense. I’m pretty certain women don’t get ill twice as often as men. In the UK, the rate of premature deaths (under 50) is one and a half times higher among men than women, primarily due to cardiovascular disease, accidents, suicide, and cancer—the latter cause offering perhaps the strongest evidence of men’s reluctance to seek help. While affecting men and women equally, skin cancer kills four times as many men in the UK because we avoid addressing the issue until it’s too late… The disparity in suicide rates is another eye-opener. In spite of depression being more common in women, men are three times more likely to take their own lives in the UK. A 2012 Samaritans report concluded that the social constructs of masculinity were a major cause of this imbalance, noting that “the way men are taught, through childhood, to be ‘manly’ does not emphasize social and emotional skills,” and that, in contrast to women, “the ‘healthy’ ways men cope are using music or exercise to manage stress or worry, rather than ‘talking.’ Alcoholism is also significantly more prevalent in men, linked largely to self-medicating mental illness… Communication is the key to a successful relationship, as any happily married person will tell you. The worst part is that we know this. It’s been drilled into us by every book and TV show and film that deals with these kind of issues, but still we ignore it, forging ahead under the misconception that those rules only apply to others.”

In summary: it’s good to talk. And the stigma that men should be strong just deal with things by themselves is outdated, unnatural, and unhealthy.

The second is a lovely article by Robert Webb for The New Statesman which touches on topics such as going from boyhood to manhood, grieving a lost parent, and forgiveness. You can find it here.